After many hours of work, the second alpha version of OpenOrienteering Mapper has been released today. Highlights of this version include:

You can read the full changelog here.

Note Even though this version represents a huge improvement over the first alpha, we still do not recommend to use it for map projects because the planned OCAD export feature and some basic editing tools are still missing. As far as it can be judged now, the next version after this one could include these and be the first version which will be recommended for mapping. 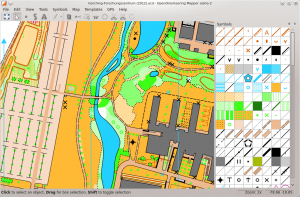 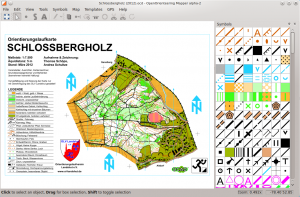 Contributing There is a lot to do, and we appreciate every kind of help, whether you are a programmer or not. As an example of a programming free task, ‘official’ symbol sets for Sprint, MTB and Ski orienteering maps are still missing. If you are interested in contributing, good places to start are:

Developers The people who made this release possible are, as an alphabetical list of the developers registered at the SourceForge project: Peter Curtis Kai Pastor Russell Porter Thomas Schöps Of course, we would also like to thank everyone else who helped!